Operating at high altitude can leave expose personnel to rapid pressure changes through loss of cabin pressure. High Altitude Parachutists are regularly exposed to these pressure changes. Such exposure can lead to pressure related injuries, which are often treated with hyperbaric oxygen.

.... the availability of an on-scene hyperbaric chamber for all military high altitude training parachute exercises is now a mandatory requirement 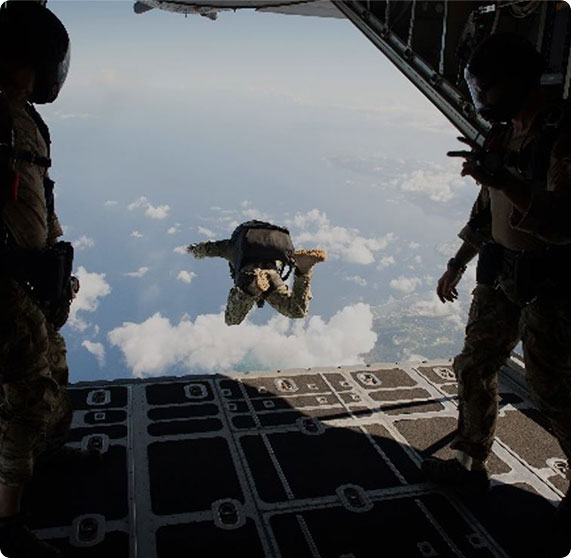 Pressure related injuries can occur from a significant change in pressure whilst operating at high altitudes. Incidences occur where individuals inside a pressurised cabin are exposed to a rapid reduction in pressure. In modern military operations, parachutists may be involved in High Altitude High Opening (HAHO) or High Altitude Low Opening (HALO) operations. Under such circumstances, parachutists are usually required to pre-oxygenate – to breath high purity oxygen to displace nitrogen in the body. Situations where a parachutist removed the mask and breathes are, or fails to breath oxygen for enough time prior to jumping are not uncommon and personnel may exhibit symptoms of decompression sickness. In several countries, the availability of an on-scene hyperbaric chamber for all military high-altitude training parachute exercises is now a mandatory requirement.

Hyperlite Hyperbaric Chambers are ideally suited for the support of parachute operations due to the portability of the system for rapid mobilisation and options for emergency evacuation, providing on-scene recompression once the patient returns to the ground and the option to transfer to the nearest medical facility.

Unplanned loss of cabin pressure in aircraft is a rare but potentially fatal occurrence. In commercial aircraft, FAA regulations require cabin pressure to be maintained at not more than 8000 ft under normal operating conditions. Exposure to altitudes above these levels can lead to hypoxia, altitude sickness, decompression sickness and barotrauma. The risks of such an event occurring are exponential increased in military environments. Hyperlite Hyperbaric Chambers strategically positioned in various locations can be rapidly deployed to provide on-site treatment without delay for High Altitude Pilots and aircraft personnel as soon as they return to dry land. 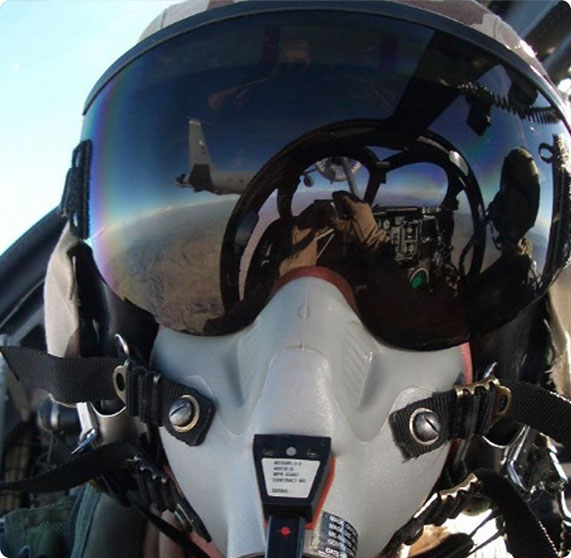 Also known as Decompression Illness, DCS, DCI or ‘the bends’, is caused by the formation of multiple inert gas bubbles in the tissues of the human body, which can cause mechanical stress or organ dysfunction. Decompression is often seen through rapid changes in pressure, through diving, high altitude excursions, submarine escape & rescue, in space or in uncontrolled pressurisations/depressurisations in a hyperbaric chamber. The addition of breathing compressed gas at changing pressures increases the risk of suffering from Decompression Sickness. The resulting symptoms may include, but not be limited to, joint pains, sensations of tingling, loss of sensation, skin rashes, malaise, neurological disfunction, cardiorespiratory symptoms, pulmonary oedema, shock and death. Severe symptoms may occur within 1 – 3 hours of decompression with majority of symptoms occurring within 24 hours. The rationale for the treatment of DCS with Hyperbaric Oxygen (HBO2) includes immediate reduction in bubble volume, increasing diffusion of inert gas and bubbles, oxygenation of ischemic tissue and reduction of Central Nervous System (CNS) oedema. The efficacy of administration of oxygen at increased ambient pressure (HBO2) is widely accepted and the main treatment protocol for this disease.

Open chat
Call Us on Whatsapp
We use cookies to ensure that we give you the best experience on our website. If you continue to use this site we will assume that you are happy with it.Ok